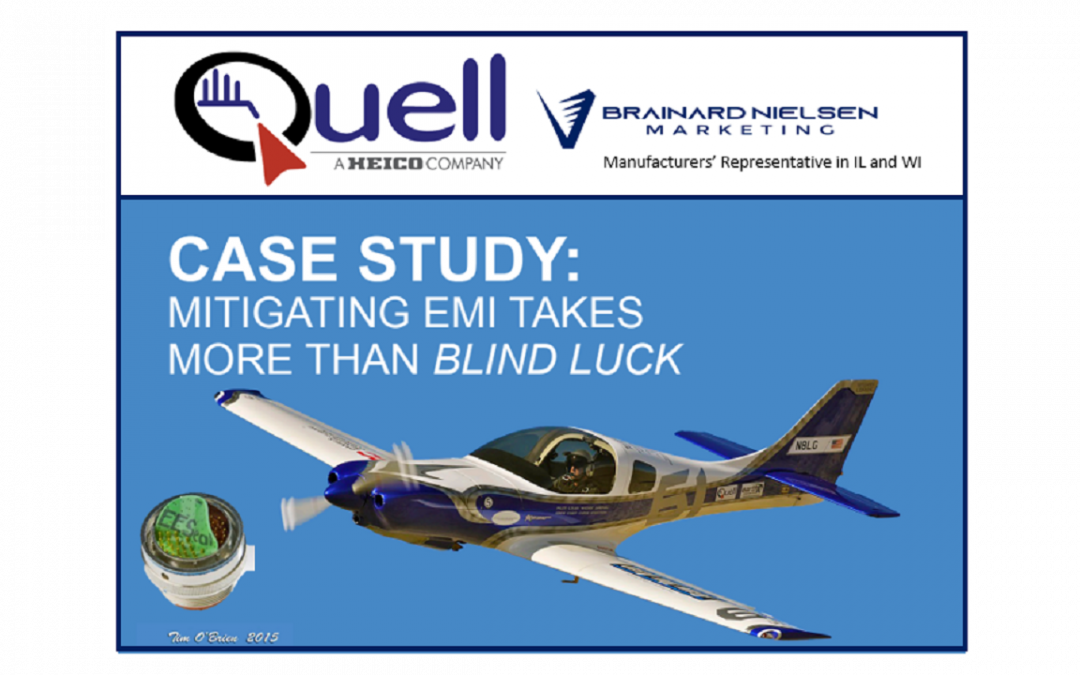 In Aerospace, EMC is a Matter of life and death.  What do you do about a plane’s engine quitting every time the radio is switched on?

While new electronic devices and systems have made aircraft safer and more enjoyable overall, the potential EMI that results can be disastrous at thousands of feet in the air.  Such was the case for pilot Louis Gabriel, owner of Blind Luck Racing. Each time he turned on his Lancair 360’s radio in flight, the engine quit. While a working engine obviously takes priority over the radio, being cut off from communications in flight is also extremely dangerous.  Learn how EMI was found to be the cause and how the issue was solved in Case Study: Mitigating EMI Takes More Than Blind Luck.

Check out the full case study by clicking here